By Tom Gilmour in Social Media Business
By Kaitlin Friedmann, Public Relations Manager, Creative Marketing Alliance (CMA)
I grew up in the MTV generation so when I hear social media experts predict the death of the press release, it makes me think of the panic 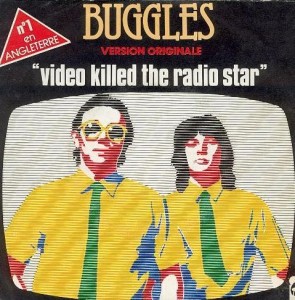 that must have stricken radio stations across the country when “Video Killed the Radio Star” was popular.
Rather than making predictions for one thing eclipsing the other, PR pros should embrace the many tools available to them. A mix of classic media relations skills and web-savvy strategies are essential now more than ever to raising awareness and proving ROI.
To maximize your social strategy, increase the reach of your content and stay as relevant as you can to your target audience, PR professionals should take the necessary steps to optimize their next press release distribution or overall social media strategy.

The Role of the Press Release

Past – The only eyes on a press release were that of a reporter, editor or other member of the media (setting aside investor relations). Its purpose was purely informational and was rarely taken verbatim.
Present – Press releases are seen by a larger audience—they are blasted out to far-reaching lists of media and the general public

through PRNewswire, PRWeb and other distribution sites. In the age of Google Alerts and RSS feeds, mass distribution is as crucial as ever. Press releases are additionally posted on company websites, sent in customer e-newsletters and linked to social networks.
While I can’t speak about the pre-Internet days of PR, I can make an educated assumption that the most proven public relations tactic has always been flexibility. What this analysis says is that PR pros don’t rely on any one method of communication and the press release must simply be newsworthy for the media and, more broadly, for the end user. The above-mentioned wire services will take care of the release’s optimized delivery, but it’s up to the PR pro to use keywords, anchor text and key messages that resonate with the target audience. The press release in the “classic sense” must also still have a real-live voice behind it (the PR pro’s follow-up calls) to increase the chance of media placement.

The Gatekeeper-Free World of Social Media

Social media content has the power to bypass the media as the “gatekeepers” of information and go straight to your target audience. This is not just an awareness-raising tactic—there are sales to be made directly from social media working in concert with SEO. According to a comScore study, buyers “who purchase or convert online are almost as likely to use a combination of search and social resources (48 percent) as they are to use just search (51 percent) along the path to purchase.”
It’s nearly impossible to not mention social media in the discussion of the “future” of public relations, so let’s examine the future of the press release in this context. 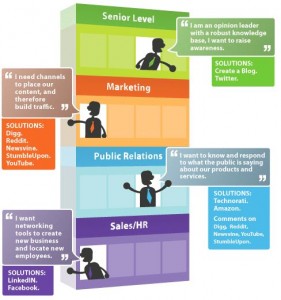 Future – As attention spans shrink, experts say the press release could be phased out and replaced by viral infographics (visual representations of announcements that particularly involve statistical data used most prominently by FourSquare) or social media posts (Tweets, Status Updates, Discussion Points, etc).
To these predictions, again, my answer is to diversify. Why does one have to replace the other? Some of CMA’s most successful PR campaigns have been those that utilize the full arsenal of PR, SEO and social media tactics.
We recently used a healthy mix of classic PR practices, SEO and social media to “scare” up awareness for an association of haunted attractions. The first foray into our Halloween PR campaign started earlier this month with the keyword-riddled press release describing haunted attractions’ ability to compete for young adults’ attention. Distributed via PRNewswire, the release was also posted on 10 free press release distribution websites.
We also recruited the social media savvy of the association member base to further widen the

reach of the press release to industry insiders, while following up directly with phone calls to a variety of consumer media covering the Millennial generation’s behavior. The results—placement on over 200 news websites, a feature article secured in an industry magazine and an in-depth feature article in the works on 10 haunted attractions for a major consumer magazine with more than 10 million circulation.
The bottom line here—SEO gets you on the right pages, but it’s up to you to make the most of your opportunity once you’re there.
About the Author – Kaitlin Friedmann
Kaitlin Friedmann is the Public Relations Manager at CMA. She is responsible for all media strategy and communications, as well as the overall management of the public relations team. Her experience and success is diverse including media relations campaigns for political advocacy groups, children’s charities, museums and documentary filmmakers, as well as non-profit associations, and business-to-business and consumer clients.
About Creative Marketing Alliance (CMA)
Based in Princeton Junction, NJ, Creative Marketing Alliance (CMA) provides integrated marketing programs, high-impact creative services and single-source association and event management to produce measurable results on a regional, national and global scale. For over 24 years, CMA has powered its clients’ success through strategic and tactical solutions including marketing, advertising, public relations, sales support, interactive digital communications, direct response and publications. Please visit www.cmasolutions.com or our blog www.CMAcentralblog.com for more information.

View all posts by Tom Gilmour →

Get a Free Copy of: 17 Conversion Tips You Can Start Testing Today